Bible black, and bursting with flavour, Tipsy Wight® Blackcurrant Vodka Liqueur has an intense and lasting flavour and is delicious on it's own or as part of a Kir Royale.

Blackcurrants (Ribes Nigrum) are the original superfood, with ten times the concentration of antixoidants compared with blueberries and bursting with Vitamin C. They have been a staple crop in British gardens since the Second World War when production increased to provide a source of Vitamin C as citrus fruits became impossible to import. Our blackcurrants are grown exclusively on the Isle of Wight, are hand picked and blended to produce a deep, rich and intense flavour that people just love. 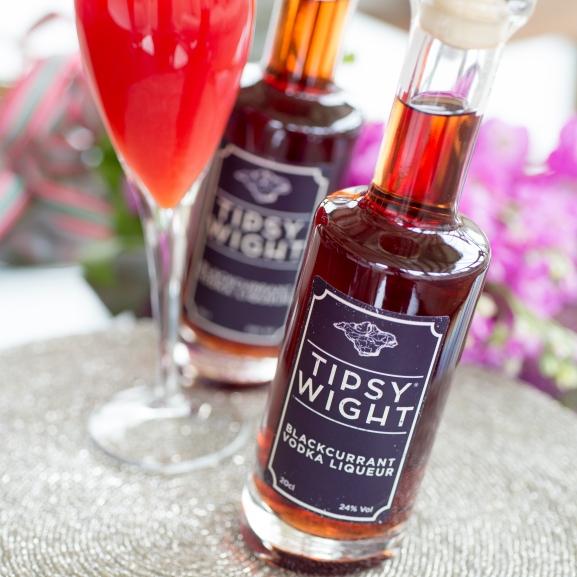